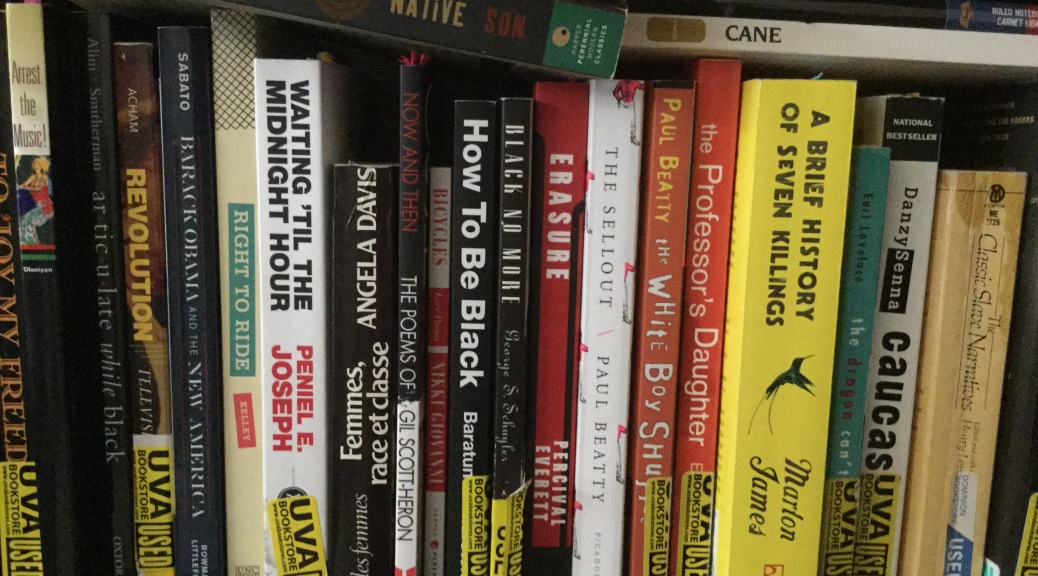 I had one really rough class this week. At the break in my three hour seminar, one of my classmates approached me and asked me why I had been quieter than usual so far. I told her that I didn’t have much to say considering that one of the pieces we had read for the week involved a grotesque amount of explicitly described violence against enslaved people, particularly assault against enslaved women. Another African American student from the class described the experience of reading such things traumatic. I was angry because it taught me less about a history of racial formation than it did about a history of the horrific things white slaveholders could do to enslaved people.

I am an incredibly sensitive person, despite whatever impression one may have of me. I found myself unable to watch movies about slavery until I was in college because I would have a panic attack. Even then, I still haven’t seen 12 Years a Slave because I know how much violence is in it. It is a psychic assault in some ways to be forced to read about the traumas suffered by your ancestors as written by a man whose ancestors would have been enslavers.

So I did the one thing that I have a hard time doing: I spoke up.

I expressed my concerns about the gratuitous violence and fought back against the students that tried to assert that violence is an effective learning tool. I countered by saying, “The first time you think to yourself, ‘oh, Black lives do matter’ should not be when you see a dead body on the 5 o’clock news.” We shouldn’t need violence to prove that the institution of slavery was horrifying and we shouldn’t use violence as a tool because it becomes a spectacle. This is one of the main arguments of another text that we read for this week: Saidiya Hartman’s Scenes of Subjection. I appreciated the ways in which she acknowledged violence without letting it become the focal point of her work and therefore a spectacle.

Black pain has been a spectacle in this country for as long as Black and white people have coexisted in America. (To put ‘being forcibly removed from one’s own continent and forced to do hard labor’ gently.)

Because Black pain has moved into different arenas, including the classroom, we need new tactics to deal with it. For the purpose of thinking productively, I want to include a list of things that you can do, and that I have done, to protect yourself in moments of psychic violence in the classroom:

These moments happen. They happen more often than one would care to admit. They’re troubling, difficult, disappointing and sometimes can drive you to want to leave this whole world of the Academy behind. This moment happened on the tail end of a week where I have very seriously considered taking my Master’s degree and calling it quits. One of the things that gets me through is the hope of creating my own classroom where I can minimize the degree of pain. I don’t want to be the type of professor that turns away from conversations regarding my students’ pain because it is uncomfortable. I want my students to be able to come to me with that and I want us to be able to work through it together. I’m in this race because I simply don’t want other students of color to have these isolating and traumatic experiences. I’m in this for them.