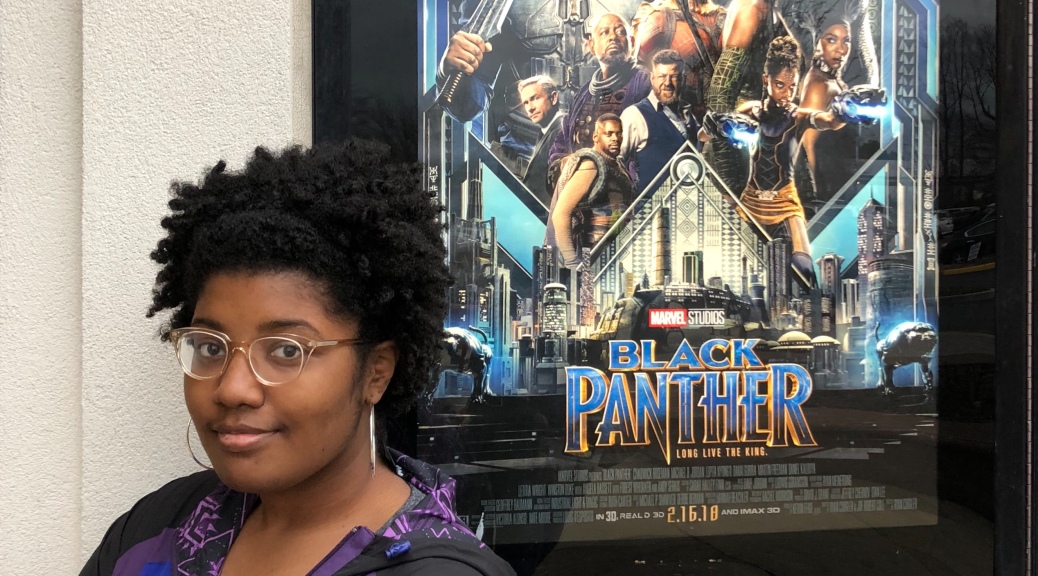 I was worried I wouldn’t love Black Panther.

I’m an aca-fan, a term that scholar Henry Jenkins uses to denote someone who is a fan of the things they study. I’m an aca-fan of Black Panther, in a very serious way. I have so much personal investment in the character, the narrative, and the authors that Black Panther turned into the focal point of my Master’s thesis.

I spent so much time wading waist deep in the comics from the late 1960s, critiquing, speculating, diving for meaning, that I worried I would not be able to simply enjoy the Black Panther film. Coupled with my anxieties about still enjoying the film were the expectations regarding my response. People laughed when I said I was not planning to write anything about Black Panther. I had inadvertently become– to some– an authority on Black Panther. I don’t believe that I am and to be frank, I don’t want to be. It doesn’t give you space to make mistakes, learn, grow. I am a Black Panther scholar with lots of questions I need to ask and still more to learn. I was worried that people would be expecting too much of me and I think that worry robbed me of a little of my joy in the weeks leading up to the film.

I tried my best to separate my academic self from my fan self so I could enjoy the film, but in the same way I cannot tear my womanhood from my Blackness, I was not able to do so. But I am so glad that I couldn’t– because it makes my love for Black Panther all the more rich.

So here are my top three favorite things about the Black Panther film:

Since Thursday, I’ve seen Black Panther three times. It gets better every time. I love it more every time. The characters become my friends. Wakanda becomes my home.

Maybe someday I’ll write that think piece that everyone is waiting for. But today, I just want to enjoy Black Panther.