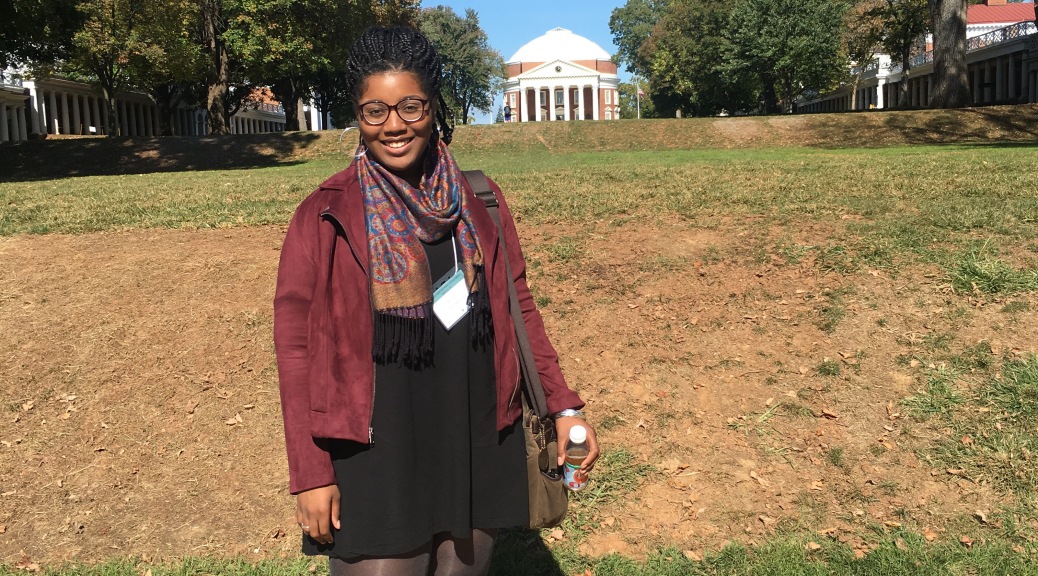 I’ve known for a while that this week’s blog post would be pretty packed because in the last four days, I went to Charlottesville for a conference on Slavery and Public Memory, saw the third annual Black Monologues, and attended my first Comicon in my first attempt at cosplaying, going as Ororo Monroe, better known as Storm.

I still don’t know which part to write about– it was all so incredible. However, it’s still worth the time to just reflect on each event, even if just for a little while. 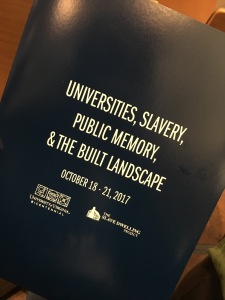 The conference began with a keynote by Daina Ramey Berry on the Domestic Cadaver Trade and what she calls soul value. That talk was valuable for me because I have recently found myself exceedingly taken with Black studies and the lives of Black people, and while I felt I comfortable in my knowledge of the lives of the enslaved, Dr. Berry informed me that for a lot of Black people, the abuse didn’t end in death. Their bodies could potentially be snatched up and used as cadavers for medical school. It never occurred to me that abuse of Black bodies could extend beyond the grave, at least not in this form. It’s harrowing, but necessary, to think about.

Equally as important was the talk I attended after the keynote. I slipped away afterwards to find my former professor, Claudrena Harold, who was giving a talk in the Rotunda. A few mishaps and awkward conversations later, I found myself seated a dinner table surrounded by first year RAs, but listening to Professor Harold give a history of Black students at UVA. She is always so passionate about her work– the students she investigates, the stories she tells about them, the critical thought attached to the message– and the form her work inhabits (she’s been into film for the last 5 years.) It reminds me that I can do this grad school thing and be me. It reminds me that I can go to class, write those critical essays, because they matter, but I can also work with undergraduates and blog my thoughts and experiences and write fiction because all of these forms are a part of me. She reminded me that sometimes writing a critical essay isn’t going to adequately communicate a particular story, sentiment, or idea– and that it’s a blessing to be able to use different methods to work through various problems.

That is how you do intersectional work.

I took this revelation with me as I moved through the rest of the conference– sitting in panels about confederate monuments and student activism, the lives of descendants of the enslaved and memory in the South; meeting everyone from undergraduates to professionals; reuniting with friends, professors, and loved ones. I made it my mission to do work for the Lemon Project while I was there. I wanted everyone to know who we were and what we stood for, because that was what felt right. So I chatted and gave out business cards, took extensive notes, and live tweeted almost the entire conference, which helped grow our small following on twitter from 180 to 230 followers just in the course of a few days. 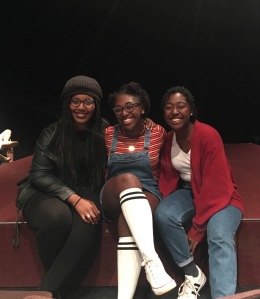 When I wasn’t working, I was reuniting, slipping out to see everyone I had to leave when I graduated– my second mother, my dear budding academic friend, a former resident, and a couple of the best friends I’ve ever known. One such excursion involved me, my soul sister and her actual sister, and one stage that I’ve come to love with all of my heart.

I’m not sure how it happened, but the magic was back. I was enraptured. The show spoke to me again, held me comfortably in its arms, and I felt so loved once again, as if I had never left that stage, never left that theater at all. My heart ached so badly that tears started falling before I could stop them, I laughed so hard the tears started again and my stomach started to ache. The struggles were real– they responded to the August 11-12 demonstrations, they related the difficulty of choosing to be an activist or a scholar because it feels so often like you can’t be both, they spoke of Black love, trust and hope. They tapped in to the fear of losing a loved one to police brutality, the fear of admitting your mental health was declining, the fear of putting your trust in the wrong people. There was disappointment and guilt, but so much pride. As they performed Master Jefferson and For Your Entertainment, my heart swelled with pride because Ed had truly left his legacy at UVA with those pieces. When the cast told us where they had come from, it was all I could do not to break down sobbing. 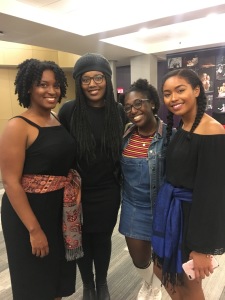 The sobbing came later when two of the actresses from the first year of doing the show ran up to me afterwards, telling me how they’d seen me and tried not to make eye contact because they knew they’d laugh or smile, radiating happiness and love, and I fell into them, crying, because in that moment, I was home again.

I carried all of this love and hope with me as I moved through my last day at the conference, and finally home to Williamsburg, where I prepared myself for my next adventure, Comicon.

I had a whole adventure before we (my friend Adrienne and I) even left as I’d been so exhausted the last three days that I’d passed out before I remembered I had to go get spray on hair dye to turn myself into Storm for the convention. I ran around all morning, picking up a pair of black jeans here and dye there. By 10 AM, I was a dead ringer for Ororo Monroe, so we left, Storm and Ms. Marvel, for the festivities. 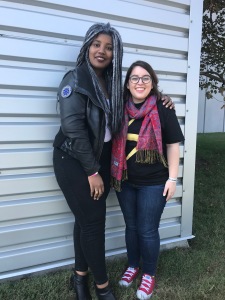 Admittedly, it wasn’t as fun as I had imagined. It was small and cramped with a lot of people. The panels weren’t particularly organized nor did I just decide chat with anyone. I did however get to look at a lot of cool stuff, including amazing, nerdy woodworkings, a lot of comics, and a ton of art. Most of my fun was looking through all of the artists’ portfolios and getting to chat with them about their work. I eventually picked up a Black Panther poster from an artist, along with an X-Men patch, then Adrienne (who had accumulated similar goodies) and I decided it was time to go. We took some really fun pictures outside of the convention center before we hit the road back to the Burg. 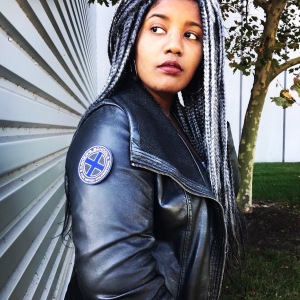 All in all, it was an enormously fun four days. It just speaks to the fact that I refuse to be stuffed in a box that I attended a slavery conference, a show on Black experiences and a Comicon in less than a week. This has been me living my best life. I want to continue to be moved in all kinds of directions, and find somewhere to land no matter which path I take. I want to continue to believe in my ability to decide which form speaks to my thought the best. I want to continue to be unapologetically me as I move through grad school and into a career– and to do that, I have to accept my complexity.
I’m never going to be just one thing and I take pleasure in knowing my future will be very complex, very multi-dimensional, and thus very, very rich. 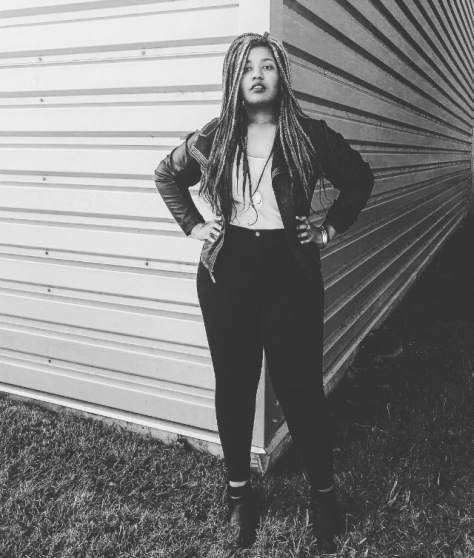