Friday afternoon at 11:50 AM marked the end of my first semester of TA’ing. It had its ups and downs, but ultimately I learned a lot, I bonded with my students, and most importantly, I survived. (I do have to help proctor and grade the exams, but that’s just one day, so as far as I’m concerned, I’m done.)

In the aftermath of the semester, I’ve been thinking a lot about the films we watched and the conversations we had because of them. Thus, here is a list of a few films that stuck with me over the course of the semester:

This was my favorite film of the semester, hands down. Early in my graduate training, I took a class called “Interracialism,” which dealt in large part with passing literature. Though the film is filtered through Lora’s eyes, I found myself most aligned with Sarah Jane and her struggle to make sense of her “mix-matched” outward appearance and racial identity. I found the mother-daughter relationships deep and rich; the friendships complex and nuanced; and the social commentary important. Though most critics of the time referred to it dismissively as a “woman’s film,” I chose to reclaim the term. The female and interracial narratives are beautifully done, in a way that I wouldn’t have expected from a 1950s films. It was particularly thought-provoking and I believe it will stay with me for a long time to come. 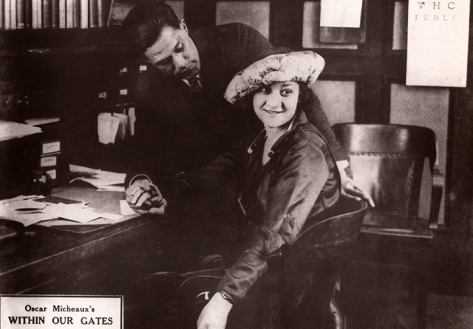 Oscar Micheaux was one of the only Black filmmakers we studied over the course of the semester, so naturally his 1920 silent film, Within Our Gates, gets a place on my list. We watched it in comparison to the (notorious) D. W. Griffith film, Birth of a Nation, and while that is an important way to conceptualize the film, I was also particularly interested in the way Micheaux depicts Black mobility. There’s the literal conception of mobility as Sylvia, the protagonists, makes moves from the North to the South and back again over the cover of the film; but also within lies an interesting depiction of upward mobility for the Black characters. Yes, Micheaux does include some stereotypical images of Black rural and uneducated characters, which are supposed to be a juxtaposition of the doctors and teachers shown in the film. I found it disconcerting that Micheaux’s interest in and depiction of Black upward mobility relied on classist stereotypes of Black folks unable to access education.

WOG is not excluded from critique. But it’s also a struggle when you are only presented with one film by a Black filmmaker, because then that film, by virtue of being the only example, becomes the representative of an entire body of works. It’s unfortunate to say the least. Nevertheless, I did enjoy WOG and thinking critically about it’s position in early American cinema. 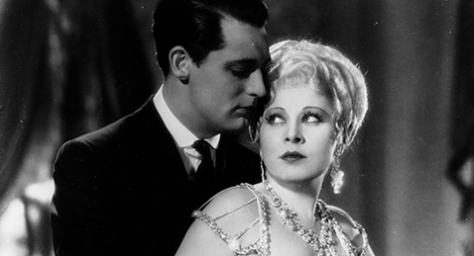 I hated the ending of this film, and much of the plot, if we’re being honest, but I really enjoyed learning about Mae West. The film was based on an earlier play that she wrote herself. She’s an older, more mature film star, despite the emphasis on young ingenues. She’s witty (yes, it’s scripted), but she delivers with confidence that is mesmerizing to me. I love an independent woman in media (though, again, the ending ruins that for me), but Mae West is an intriguing figure in cinema and I would love to continue learning more about her.

Sidney Poitier. Do I need to say more? No, but I will. As an active reader about Black history, I knew a fair amount about Sidney Poitier’s body of work, but had never seen more than a few clips of him acting. I was excited to see him in action. Again, this is a film where the context and learning about Poitier was more exciting than watching the actual film (it’s a gritty mystery– though a poorly plotted one…I figured out who the murderer was half way through). I thought this film was nicely supplemented by writing by James Baldwin, who was a friend of Poitier, and I enjoyed leading discussion section on this one, because most of my students had never encountered Baldwin before.

I’m now much more knowledgeable about early American cinema up until about 1970, which is an interesting thing, but something I’ve been sitting with recently. Many of the films were troubling and uncomfortable, something that one of my students picked up on and wrote about during our last class together. Having to sit through some films, like Birth of A Nation (1915) and Easy Rider (1969), and try to cobble something coherent and intellectual to say about them was actually very difficult. But as a different student pointed out, film is a representation of American history, and American history is uncomfortable and troubling, so it only makes sense that this is the sense we get from watching “representative” films. (They troubled that term and I didn’t even have to lead them to do so.)

Nevertheless, I’m always willing to engage with new modes of thinking, and this experience expanded my ability to grapple with some of my dissertation texts. I’m grateful for my students, who challenged me on a weekly basis, and the intellectual community that we built together over the course of the semester (even when it frequently involved minor rabbit holes into the plot of Paddington 2 and the Marvel Cinematic Universe.)

Things don’t always happen when you want them to, but they happen when they need to, and this semester’s work has taught me that– if nothing else.