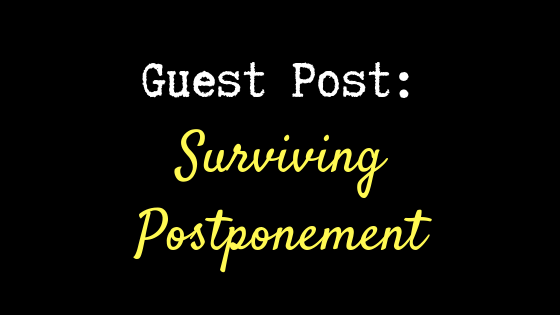 Three is typically my favorite number. I pledged a sorority and was the “Tre,” I am the first of my mother’s three children, and I grew up feeling comforted by the Holy Trinity (father, son, and holy ghost). However, this semester, entering the third year of the doctoral program and still completing coursework, felt oppressive. In 2016 I started this degree feeling confident that I could exceed expectations and do the four-year program in three. At the very least, I planned to graduate in December and complete it in three in a half. I registered for a full-time load every semester and probably could have finished my coursework in two years had I not picked up a graduate certificate that required an extra four classes. Either way, I was planning to finish my coursework the summer after my second year and take my exam in the Fall. Before life happened.

I was one of the doctoral students whose marriage didn’t survive. Even worse than experiencing a major breakup, a dissolution of marriage that I have to say was pretty amicable, my mother passed suddenly in the summer of 2017. Within one month I had suffered two major losses. One was legally gone with the banging of a judge’s gavel, and the other ended with a phone call that changed my life.

During the last conversation I had with my mother she asked me how school was going. “So when you finish they will call you doctor right?” The week after she passed, as my sisters and I picked up her ashes from the crematorium, I thought back to that conversation and realized I had to finish. It was the last thing she knew that I was doing. I was going to be the first in my grandmother’s bloodline to obtain a doctoral degree; quitting was not an option.

Despite advisement from close friends and relatives, I didn’t take any time off. I believed that even the smallest break would result in me becoming another statistic: the failing fifty percent of doctoral students that dropout, often before doctoral candidacy. I continued taking a full-time load while working forty plus hours a week to support myself as a commuter student who lived over an hour away from campus. When things got too challenging I quit my job and relocated closer to my university to make sure that school remained a priority. I was dead-set on finishing by any means necessary.

This August I met with a committee member to discuss the qual question that I would be given for the qualifying exam and my fueled freight train was forced into an emergency halt. “To be honest, based on what I am seeing, I don’t think you’re ready.” In a fourteen-word sentence, my confidence was hit with a figurative bullet and one of my academic fears was realized. I almost didn’t make it out of the office and to the ladies room. It took me digging my nails into my thighs and looking away to prevent a premature breakdown. Initially, I couldn’t tell if it was anger or sadness, but part of me wanted to flip a desk over while another part of me wanted to crawl under a table and lay in fetal position. I entered a stall and began to cry with a convulsing pain. I have never before experienced a panic attack, but this may be the best way to describe what I was going through. Looking back, I think I cried the tears that I suppressed for my failed marriage and the children we didn’t stay together long enough to have. I cried the tears that I stifled after my mom passed before I could experience a healthy mother daughter relationship or make her a grandmother. I cried the tears that I generally concealed when I felt insecure about, unsure with, or unworthy of the opportunity to enter this graduate school journey. I cried with intensity for eighty minutes straight without an ability to talk without hyperventilating.

I survived that day.

After a lot of face-washing in the College of Education bathroom I even attended a campus event that I previously committed to and went to class that evening. In bed that evening I reflected heavily, as what I identify as Imposter Syndrome related thoughts, crept in my mind.

I was raised by a bipolar single mother in Los Angeles, California so I knew how to survive and exist; but, I wanted to obtain this degree and the tools necessary to confidently declare that I was a researcher. I want to stand at the intersections of all my margins, covered by the shadows of people’s suspicion of my aptness, and remain feverently undisturbed or distracted. To do that, existing wouldn’t cut it. Doctoral students need to thrive.

I decided to heed the professor’s advice and postpone taking my Qualifying exams to the next semester even though doing so would push back the anticipated graduation date I worked so hard to maintain. Several times I considered taking the exam anyway to show that my abilities should not be doubted. I concluded it was just too big a risk, and not worth the appeal process that would be necessary if I took them and failed.

I had not told many people, but at the beginning of that third year I was so full of anxiety that I did begin seeing a counselor. Sessions had been sporadic due to my busy work schedule; but the day after this breakdown, I quickly made an appointment and committed to consistent visits with my counselor. I also made an appointment with a previous professor who I admired. She was a well published Minority Scholar whose class I thoroughly enjoyed. I emailed and informed her that I was in need of a “come to Jesus meeting.” When I took her class, she encouraged me to perfect my craft and made me feel that my work would be a valuable contribution once published. I was in need of the morale boosting that she supplied. The following week I went to the church I had been visiting and decided that I would join. I also began reviewing the course catalog to identify additional research methods courses that could strengthen my research skills. This experience of presenting my work to someone and having them dismiss it due to their doubt about my abilities was actually one of my biggest fears. And I faced it.

I was told by several faculty members that you will receive a lot of “no’s” before you get that one yes that you need. This experience drove home that point for me. The next time someone expresses their disbelief or disinterest in my work, my world won’t fall apart. I have now learned how to navigate after academic rejection by utilizing campus resources and accepting the support my support system has been attempting to provide for the last year and a half. The next time I encounter a person with an opinion like this I plan to encourage them to “say less.” They won’t be the first and they won’t be the last and they won’t be able to knock me off of my journey to PHinisheD. 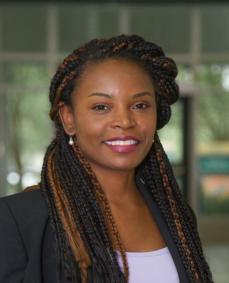 Chantae Still is a Los Angeles, California native, third year doctoral student, attending a university in the South Eastern United States. She holds a Masters in Adult Education, with a concentration in Counseling, from North Carolina A&T State University and recently obtained a graduate certificate in Evaluation. Chantae has a heart for Qualitative research and is interested in investigating the role of Spoken word venues as contemporary learning environments, Mandated Parent Education classes and parent behavioral change, Protective Factors against Colorism for Black Women and Evaluation as a tool for community improvement.