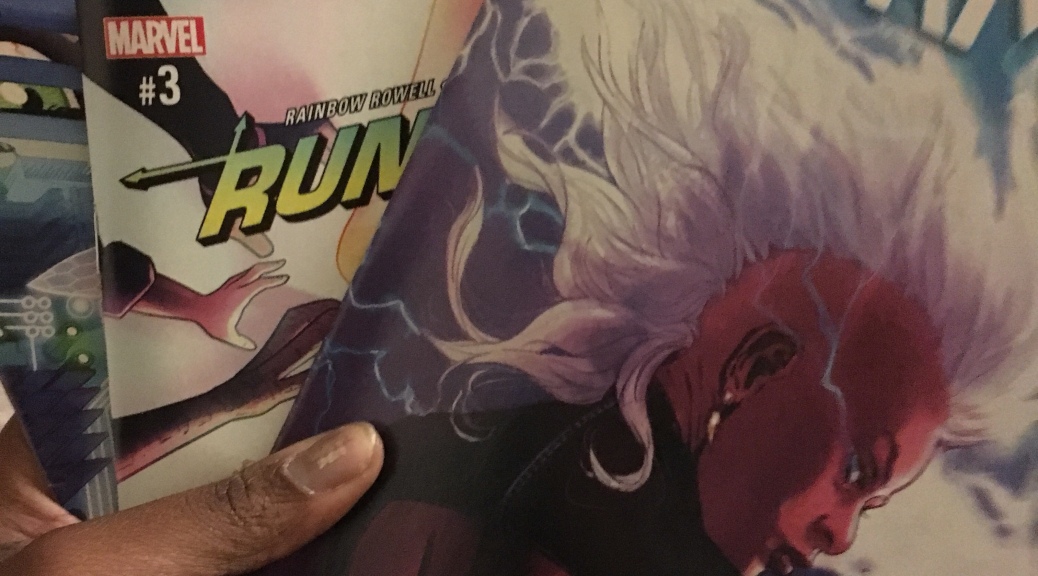 The semester did not end the way I was expecting.

I ended up having to just… stop. Abruptly. My mental health took a dip in the last weeks of the semester to the point where I was reading pages and retaining nothing, like holding water in cupped hands. I was so fatigued that getting out of bed felt like a battle and sitting through an entire three hour seminar seemed impossible. But I kept pushing and pushing and pushing until I ended up fainting in the library, then spending the rest of the day in the urgent care.

That evening as I sat sipping Gatorade and watching Runaways with my friend in my apartment living room, I knew that something had to give. So, I took stock. At that point, I had already turned in two papers and only had project left– albeit with extensive suggestions for edits. Even though I had until the end of the week to finish it, I just turned it in with maybe half of the edits done, with an explanation to my professor that my health simply took a turn and if I pushed myself anymore, I was likely going to make myself quite sick.

Thus far, I have spent most of the break trying to relax and not doing it successfully. Between trying to convince my anxiety to give me a break since the semester is over and spending part of the holidays in the hospital behind my grandmother who came down with the flu, I have yet to feel fully relaxed. Plus, now the worry is my grades (only one is in: an A in Reflections of the African Diaspora.)

In spite of my never ceasing worries and generally rough year (I had to take a brief medical pause from school and my mother was hospitalized for nearly two weeks, plus I had to spend most of the summer writing my Master’s thesis), on this the last day of the year, I did want to spend a little time reflecting on the amazing things that did happen this year:

Plus I did a few personal, life altering things as well:

I’m grateful for the success that I did have and, admittedly, for the failures as well. It’s the only stepping stones to something much greater. I believe that.

In the spirit of attempting to rest my soul, I’m going to step away from Black Girl Does Grad School for a few weeks. I’m going to be back and ready to work in January though. In the meantime, I think you can look forward to a few guest posts. But for now, thank you, dear reader, for coming with me this far. I hope you’ll travel a little further down this road with me.

5 thoughts on “The Aftermath and Other Victories”